Bullying Statistics: What Is Really Going on in Schools? 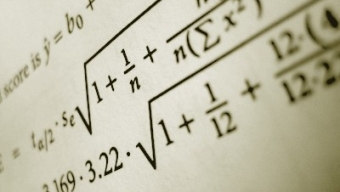 We all know that bullying in school has become a problem that is gaining increased press in recent years. At first, much of the outcry against bullying centered on the “part of life” notion that adults are feign to take when tackling teen issues. However, over time, the problems presented by bullying have become more and more apparent. People are scared and it’s easy to see why. For example, some LGBTQ groups decry bullying statistics as high as 70% of all students experiencing some degree of bullying in school.

What’s real and what should you believe? I did some investigating of my own and found two, well-researched articles from the Journal of Adolescent Health that shed some important light on the reality of bullying statistics in terms of who, what, when, where and how.

The most comprehensive, studied bullying statistics that I could find hail from the National Institutes of Health in Bethesda, MD. A study released in 2009 asked 7,182 students from grade 6-10 a series of questions based on the Olweus Bully/Victim Questionnaire – the international standard in measuring bullying in school. The study looked at four types of bullying: physical, verbal, relational, and cyber. Here’s a rundown of their most important findings:

This NIH-commissioned study also found some important facts regarding the likelihood of being cast as a bully, victim, or both based on a number of additional factors. Among these findings were:

A Closer Look at Cyberbullying: A New Survey Revealed

In my research, I was also fortunate enough to gain access to an “in press” article from the Crimes against Children Research Center in Durham, NH. This new study sought to unveil the effects of the internet on today’s youth. Over the course of ten years (2000, 2005, and 2010), researchers asked young people about their experiences online and found some rather interesting facts:

The authors of this article make an important point about bullying statistics that I will leave you with:

Trends provide evidence for some optimism that protective adaptations to the online environment have been successful; however, online harassment appears to be increasing for youth, particularly girls, and may require additional mobilization (Jones, Mitchel, Finkelhor, 2011).