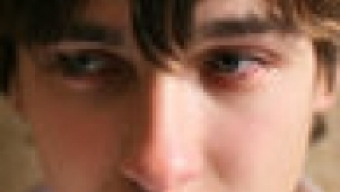 I was giving a presentation tonight to a committee in hopes they would recommend a comprehensive bullying prevention program for all schools in our district to the school board. When all schools in the district are using something different (and some aren’t using anything at all), there is no continuity from school to school. When students move to different schools or move up from elementary to middle to high, there needs to be a consistent message. During the presentation I was asked the following question: “Do students who have been the victim ever become the bully?” The answer: “Absolutely”

When we fail to teach kids about bullying, fail to intervene when necessary, fail to recognize a child in pain, we leave children being bullied with few options. Some children will muddle through and grow up with a variety of issues including anxiety, depression, social phobia and so on. Some children turn on themselves. They become self-injurious, suicidal, substance abusers, drop out of school, society and sometimes life. Others become bullies.

Some children hit bottom. They have been bullied to the point of no return. They see no way out. They do not see anyone who can help them. They feel all adults in their life have let them down. They truly believe that no one cares. One such child was Samuel (not his real name). He came to us in sixth grade already feeling like the world hated him. He was the youngest of three children. Both of his parents were teachers at his elementary school. He was tall, very thin, shaggy brown hair and clothes way too small. He had need of orthodontia and this in turn caused problems with his speech. He walked hunched over and never put his head up or gave eye contact.

He had been bullied at his elementary school since kindergarten. The school counselor reported having intervened numerous times. Much of the bullying stemmed from Samuels’ appearance and his reaction to the bullying. He lashed out and screamed when someone hurt his feelings. Needless to say Samuel had a reputation before he even entered middle school. There had been numerous expressions of concern, but due to the fact that his parents taught at the school, it was very difficult for the administration and the counselor to address their concerns as they might to parents who were not colleagues. The parental lack of attention to their childs’ physical appearance was causing undue harm to their child. While bullying under any circumstances is unacceptable, Samuel had repeatedly asked his parents for new clothes, braces and a hair cut done at a barber shop. His parents ignored his requests. When he began to lose control of his anger, referrals for counseling were made, which were also ignored. Sadly, by age 10 Samuel felt that no one loved him or cared if he lived or died. In order to deflect some of the bullying directed toward him, he decided to beat them to the punch as he put it. He called people names, bumped them in the hallway and made snide remarks. All of this was in the hopes that he would give off an air of toughness which would frighten off would be bullies. This was all for naught as it only gave the bullies more ammunition. Samuel did not carry toughness off very well.

I first met Samuel when I heard tapping on my office window and turned to see the assistant principal motioning for me to come into the hallway. Peering around the corner at me I saw one brown eye half covered with brown hair. When he finally came around the corner I saw a student who immediately caught my heart. Without even being told, I knew what had happened. Someone had made a rude remark about him. Tears streamed down his face as he slowly walked back to my office with me. Very slowly he told me that he had lost control in class after one boy at the lockers told him he looked like a beaver. A little later in class, another boy asked him if he was wearing his little brothers pants because his jeans were at least two inches too short. Samuel had screamed at the boy to shut up, slammed his books down and stormed out of the room.

The middle school had a comprehensive bullying prevention program which had just been put into place. It had several different components and several ways for students to report bullying whether they were the victim or not. One of a the components, a class meeting, allowed students to discuss concerns without using names. Samuel found this as a great outlet for discussing what was going on. As part of the program, I had knitted a purple horse. The horse was representative of the school mascot. I named my horse Mustang Sally. She sat in my office window looking out into the sixth grade hallway. I gave her an email address. The students were encouraged to email Sally with concerns if they were uncomfortable going to an adult in person. They were also able to report and act of kindness. When they felt someone was being a good friend. That student would then receive kudos from Sally. Samuel and Sally became regular correspondents and by the time he left eighth grade for high school, Samuel was a new man. He walked with his head held high. He advocated with his parents for clothes that fit and a professional haircut. He wore braces and smiled most days. I found out that under the shaggy brown hair were beautiful brown eyes full of intelligence, compassion and a little bit of mischief.