MaryAnn Byrne Interviewed By Susie Vanderlip On The Causes Of Bullying 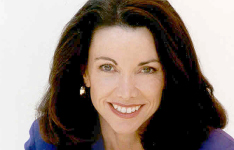 MaryAnn Byrne, a former teacher, is a licensed, nationally certified counselor specializing in child and adolescent therapy and relational aggression, as well as a certified Olweus bullying prevention trainer/consultant.

Recently, MaryAnn was interviewed by Susie Vanderlip on a wide range of issues related to bullying. Susie, who is an internationally renowned professional speaker, author and expert on youth and family issues, posed a series of questions designed to draw upon MaryAnn’s experience, both in and out of the classroom.

MARYANN: Let’s first define what we mean by bullying. Bullying is an intentional aggressive behavior, repeated over time and the person it is direct towards has a difficult time defending him or herself. It can be physical, verbal, relational or cyber.

Since bullying is a learned behavior, it can start at any age. Visit any preschool or day care center and you will see children already engaging in bullying behavior. When a baby is born, his parents make it the center of their world. When they enter preschool however, they forget to tell their child that everyone else in class also believes they are the center of the world.  As children move through elementary years they are molded by their parents and teachers to understand sharing, fairness, empathy, responsibility and kindness. Some children however never learn to apply this to their friendships.

By third grade, bullying behaviors are becoming more evident in some children’s interactions in class and on the playground. This is especially true for girls. By third grade, girls are entering into the world of relational aggression. Girls bully in groups, also known as cliques. Cliques control girl world from third grade until ninth grade.  Girls in the clique ostracize, taunt, spread rumors and make life miserable for the girl or girls not allowed to be a member of the clique. They do all of this at the bidding of one girl who everyone else wants to be like…mostly because they are afraid to be go against her.

Boys bully differently. They tend to be more physically aggressive and will push, shove and use foul language. Their behavior too peaks in middle school. Many times boys who bully are physically larger and stronger than their victims. Many of these boys will channel their aggression into sports by high school and find the discipline of sports helps them to find a better way to relate to others.

Bullying reaches its peak during the middle school years. Once children enter high school, they are able to find their niche. Girls no longer feel the need to cater to the clique leader as they meet new people and broaden their horizons. The high school years see a drop in bullying. Children mature more rapidly during their four years of high school as they begin looking toward their future either in the world of work or in college.  While not all children leave their bullying ways behind once they graduate from high school, most do.

SUSIE:  Are there cultural, ethnic, religious issues that make a child more susceptible to bullying?

MARYANN: By the phrase “more susceptible to bullying” I am assuming you mean are they more susceptible to being the victim of bullying. I would say that depends upon where you live. In general, no, no one ethnic, religious, or cultural group tends to be on either end of the bullying issue, either as victim or bully. Of course… all children are involved in bullying in one of three ways: the child who bullies, the child who is bullied, or the bystander.

I would say that the children who are most susceptible to being the victim of bullying would be children with intellectual disabilities and those with autism and aspergers.

SUSIE: How about economic susceptibility?

MARYANN: I do not notice this with boys so much, but with girls I have seen some bullying around economic issues. Girls can be very catty when talking about clothing. They will make snide remarks about how a girl dresses and ask her rude things such as: “Where’d you get those jeans? Walmart?”

SUSIE: Are there physical characteristics that make them susceptible?

MARYANN: This sort of goes along with what I said before. Students with intellectual disabilities may have some physical characteristics which set them apart and unfortunately make them more easily bullied. I would encourage all schools with programs for students with disabling conditions have a program in place which encourages appropriate interactions between students. Most of the time students who bully other students with disabilities tell me that they are a bit afraid of the condition and don’t know anything about it. Sometimes fear breeds taunting behavior. I always take a proactive approach to the situation.

MARYANN: I don’t believe that there is any one family of origin that can predict whether a child will exhibit bullying behaviors or whether they will be victimized by them either. On the contrary, I have met many people who have been the victim of bullying as a child who went on to enter into abusive relationships. They lose all self-esteem from being bullied and feel that much of what they have heard about themselves is true. When they go into a long term relationship, they often find themselves with an individual who bullies them.

Children from abusive households may exhibit aggressive behavior, believing that this is the way to express their frustrations. They see adults in their homes become aggressive toward their spouses, and then they act it out in their social group. I have not noticed a measurable number of students whose parents were either addicts or alcoholics as either victim or bully. But in a related issue, students who have a parent incarcerated have sometimes taken their frustration out on peers; this however has not been a significant variable either.