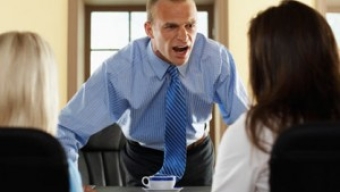 What happens to bullies when they grow up? They grow out of it, right? No; unfortunately they do not. Children who do not learn how to interact appropriately with others before they reach the end of elementary school will continue to bully their way through middle school. As they reach this age bracket, they run the risk of coming in contact with the legal system. By high school, bullies who have not changed their ways will continue their behaviors and will be at an ever-increasing risk of police involvement.  Studies have shown that one in four students identified as bullies by age 8 will have one or more convictions by age 30 (Olweus, 1993). Of course, this statistic refers mainly to the physically aggressive bully. Students who engage in more relationally aggressive bullying continue to slip under the radar. That doesn’t mean relationally aggressive bullies do not break the law, only that they do not get caught.

A grown-up who bullied others as a child but who does not come into contact with the law will still have issues in other aspects of their life. Having always gotten their way as children (by force, coercion, or intimidation), bullies continue to inflict their power on others as adults. Adult bullies lie and cheat their way through school if they cannot do it on their own. They choose life partners they can dominate. They believe rules apply to everybody but them, and are constant complainers who never seem truly satisfied- even when they get their own way.

Women who bullied people in school will teach their daughters to bully. As mothers, they give examples of how to treat those whom they  perceive to be inferior. These bullying females, known as “Queen Bees,” are highly critical of others and have no filter that tells them not to say everything they think. Daughters of Queen Bees learn this behavior and take it to school and other settings with them, where they use it to ostracize, ridicule and alienate those whom they, in turn,  find inferior. The Queen Bee believes her appearance and that of her family members must be perfect at all times. There is no room for individuality or self-expression. These are not girls who will pass through a “goth” or “emo” phase; black clothes are reserved for funerals and special events. As adults, the Queen Bee as well as the best friend of the Queen Bee continue to congregate in cliques. This is their time to gossip and continue the pattern they started during their school years. Entrance into the adult clique world has certain qualifiers, just as it did in elementary school. These qualifiers are dictated by the group and can include clothing choice, hair styles, nails, homes, dates, husbands and activities outside the home.

Adult Queen Bees are just as easily recognizable as their younger counterparts. Even in the grocery store, they do not filter their opinions. In an earlier blog I told the story of a mother standing in a long checkout line behind an elderly lady. This Queen Bee demonstrated her disdain for those who did not conduct themselves the way she thought they ought to by loudly proclaiming that the lady in front of her was holding her up by writing a check instead of using a credit card (Relational Aggression, Part 2). Her children learned from her example that this behavior is acceptable, and  I guarantee you at least one of them has behaved in the same manner with peers. Even as an adult, I am no stranger to being bullied by the Queen Bee. I have been put down for my choice of clothing (I love the boho look as it covers my “traditional sized” frame), ridiculed for not doing things the way someone else thinks they should be done, and specifically not invited to get-togethers that everyone else is invited to. As an adult it still hurts, but I can move on. What worries me is what these Queen Bees teach their children.

When called to the school because their son has bullied another child, adult bullies defend their child’s actions. They are angered by the disciplinary action given to the child and refuse to see why the school is making such a big deal over their child calling someone a name or hitting them. They live by a “boys will be boys” attitude and use this to justify everything their child does. It is not unusual for these parents, fathers in particular to become irate with the principal and begin to threaten them. More than once I’ve seen parents escorted from school property by the Sheriff’s office.

When Queen Bee mothers come into the school, it is because they feel that their daughter has been slighted, not gotten her way or is somehow being singled out for using unkind words toward another girl. They will use an entirely different tactic. Although I have been called to the office to pull a parent off of the secretary, most mothers do not become physically confrontational. They use verbal intimidation to get what they want or will their husband’s position, saying  such things  as “my husband works for the FBI!” When this fails, they will move into “I will call my attorney!” mode. Having been married to an attorney for 15 years, this certainly does not intimidate me, nor does someone working for the FBI. When all else fails, some mothers resort to rude comments meant to embarrass such as “I will not be pushed around by a mere secretary [counselor, teacher, principal]. I will just go over your head to someone who has a better education [salary, way of dressing]. You’ll be kissing your job good bye when I am through with you!” Trust me, there were days when that last threat sounded pretty good.

The cycle of bullying continues as children grow up and do not learn how to stop bullying. They go on to create new bullies in their children. Bullying is a learned behavior, and kids learn by example. This starts at home. Go to any preschool or day care center and watch the tiniest kids engage in bullying behavior. As parents we all believe our children are perfect when they enter this world. They become the center of our universe and rightfully so. Our little princes and princesses consume us and we do not want to believe they ever do anything wrong. The problem is, we need to make certain before we send them off to school, that we train them to always treat others the way they wish to be treated.