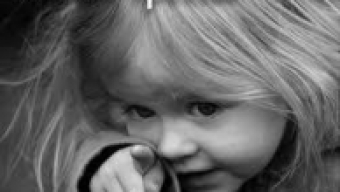 In an article on September 21, 2011 entitled Relational Aggression, Part 1, I examined the “clique”. By the end of second grade girls begin to form tight knit little groups led by one strong willed young lady who surrounds herself with girls who, either out of fear or loyalty, do things her way. By the time a girl reaches middle school, she is either in or out of these groups. She is well acquainted with her position within girl world.

Girls receive mixed messages from all directions about how they are supposed to look, feel and behave. Commercials show elementary age girls doing everything from playing with dolls to dressing like fashion models. TV shows dress them like little adults, have them speak in a sassy manner to their parents and discuss issues beyond their years. Walk through any department store girls/juniors section and you will be astonished by what you see. thongs, halters, mid-riffs, skinny jeans, low cut tops, shortie shorts, and more silk, satin and sequins than I wore to my wedding and numerous formal dances put together. Now, I’ll admit that I am not exactly a girlie-girl. I’d rather wear jeans and a t shirt, go camping and hang out with the guys than dress up, but there certainly is a happy middle and a place for everything.

I have been conducting “Girl Power” groups for a very long time. I started them back when Donna Shalala was Secretary of  Health and Human Services. The program teaches girls how to model themselves after women they respect and to not follow the pack simply because they are afraid to be different. The funding for the program ran out but I continued with the groups over the years using a variety of activities from a variety of programs and many I made up on my own. As the years rolled by I found myself with more and more girls referred to me and before I knew it, I was running groups all year long with girls in grades 3, 4, and 5. When I moved on to middle school, I started a group for sixth grade girls and that took off as well. This year I am between a middle school and an elementary school. I have two groups of sixth grade girls who meet for lunch every week, a second grade girls group who meets weekly and by the end of the year, I will have seen all 67 third grade girls who will have participated in a six session workshop. Every few weeks I also join a fourth grade teacher and the seven girls in her class for lunch.

The formats vary from group to group, but goal is the same….ending relational aggression. Girls need to learn to speak to one another and listen to one another. They need to understand how to let things go. As verbal as most girls are, they really do not communicate effectively. They tend to talk at one another rather than to one another. They judge each other by surface attributes, rather than getting to know one another. When they feel their social standing threatened by another female, they spread rumors, ruin reputations and blame the victim for their actions.

The goal of the groups regardless of age or grade level is the same: to improve a girl’s self-esteem. Girls who feel good about who they are and engage in adult directed activities which allow them to learn more about other girls, do not feel the need to put other girls down. The components vary according to ability but cover the same six skills:

1. I am a treasure (cool things about me)

3. Body Image (my favorite parts of me)

4. Problem solving (who can I turn to for help)

6. Putting it all together

The girls who come to the groups/workshops feeling like they do not fit in, find friends in the group. They begin to identify with others and form friendships they otherwise would not have. Recently one group of girls wanted an audience for their puppet role plays. A male pe teacher happened to be available so they asked him to join them. He remarked that one young lady had not spoken more than two words in his presence since she entered kindergarten four years earlier. She spoke quite a lot once our workshop got moving. He was quite impressed. The young lady, who identified herself as someone with no friends at our first meeting, left with five.

Small groups, meetings or workshops where girls can learn more about who they are and who the other girls are can facilitate friendships forming. They stop worrying about who is still playing with dolls and who has a cell phone, nose ring or is already wearing make up. They give the girls the opportunity to learn to communicate.