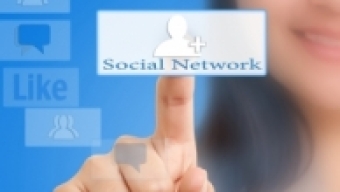 Last week I wrote about several cases currently working their way through the justice system that involve bullying that occurs outside of school grounds, yet is intricately related to the in-school environment. On the heels of that report, another case has cropped up in the state of Iowa involving a high school principle, his family, an anonymous student, and a Twitter account. Here is there story.

Not Concerned at First

That’s why when he first heard about a false Twitter account that was set up under his name, the immediate response was to ignore it. As a principal, Mollison knew that the decision he made to ban sexually suggestive dances as school events would experience some backlash. As an administrator, he was prepared for criticism and aware of the media of choice for his students. But that was only at first…

The Attacks Get Personal

What started as a silly prank quickly turned more personal, however, when the tweets turned anti-Semitic and were accompanied by a picture of Adolph Hitler. Since Mollison’s wife and children are Jewish, these attacks hit a little too close to home. He explained to the Associated Press, “They weren’t mocking, they weren’t joking, they aren’t voicing concern about the dance. They were just being blatantly degrading to my wife and children.”

The account was deleted this past Tuesday, but not without struggle. When Mollison first learned about these offensive tweets, his first response was to contact Twitter directly. However, the response was anything less than helpful. Since the tweets didn’t technically violate any of the website’s policies it could not be removed, the company then sent him some information about bullying. This is when the case became more complex. As we know, dealing with the intricacies of new media and the roles of schools in policing its use is not a clear cut problem/solution.

Like the court cases in Pennsylvania and West Virginia, the debate over the role of teachers and principals can play in policing the use of media outside of school property has become heated. The students at West Des Moines Valley seem split as well. Most students were clearly offended by the tweets, yet they were unsure as to whether or not it was right or if it should be allowed.

The American Civil Liberties Union agrees, siding with the other court cases which ruled that the importance of free speech outside of school grounds trumps the bullying issues in school. Though the district has made steps towards limiting social media use among its faculty and administration, but there have been no similar moves made concerning students for exactly that reason. All this does is continue to complicate the issue of bullying inside of school, since the line of appropriate action seems to be drawn differently depending on the environment.