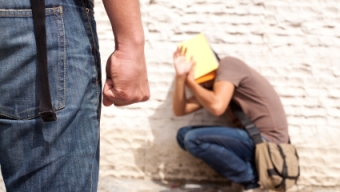 Much of the talk that we do these days surrounding bullying aims to look at the problem as one of universal implications. Anyone at any time can be both bully and victim if the right circumstances are present. This is part of what makes bullying so frightening to adults – we can plan lessons as teachers, have talks as parents, but there is still no way to guarantee that a child will not at least bear witness tobullying in school. As Dorothy Esplange (2007) points out, “rates of bullying in the US range from 10% for ‘extreme victims’ of bullying to a high of 75% of school-aged children who reported being bullied at least one time during their school years.” Because of these figures, bullying is treated as a problem that transcends any cultural or racial differences among students and instead gets focused upon merely as an issue of childhood alone.

However, as educators in the 21st century, we are also acutely aware of the effects that race and culture have on the students we serve. Practically from our inception into this profession in college, multiculturalism and the focus upon the different mitigating factors that impact student learning, school attitude, and respect are preached to us and implemented into our daily and weekly lesson plans. We eat, sleep and breathe multiculturalism in ways that generations of educators before us could never have imagined. Yet somehow, when it comes to bullying the discussion of race is often left out.

The research on the impact that race has upon bullies as well as their victims is sparse to say the least. A few studies do aim to show the impact that a child’s race has on his likelihood of becoming both bully and victim. Spriggs et. al. (2007) found that “Bullying perpetration was associated with more family, peer and school factors than [was] victimization” which is significant since it sheds light into the very dark hole of bully identification. Further study of how family life and social background, including a discussion of race, may be the answer to many of the questions educators have about the psychology of bullying.

More importantly, however, is the fact that, despite many of the strides we have made in the post-Civil Rights era, race is still a real issue in schools and at home. Integrating a multicultural approach to bullying education as well as a clear effort to address issues of race in our bullying prevention programs represent a starting point for bringing the multicultural discussion into bullying prevention. Like any educational or multicultural issue, however, unless both educators and parents insist on the research nothing will come of it.

As the mother of two, beautiful bi-racial children, the lack of research and programs aimed towards a discussion of the racial elements of bullying concerns me a great deal. Even among adults, the acceptance of racially diverse families and couples remains fragmented. The only way to bridge the gap between these groups is through open, honest discussion and clear, targeted research.  The racial aspects of bullying need to be addressed as a means to further prevent victimization among some of the most vulnerable among us.